Five ways to integrate Artificial Intelligence into your business

Artificial intelligence is clearly a growing force in the technology industry. More than just the latest proverbial buzzword, it is taking centre stage at conferences and showing potential across a wide variety of industries. From financial services to retail and from manufacturing to healthcare, it is most certainly the topic du jour!

As co-lead of a disruptive-tech PR agency, it probably doesn’t come as a major surprise to you that the edgy, innovative, industry leading tech 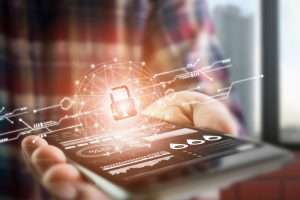 firms I work with on a daily basis are all undertaking Artificial Intelligence initiatives. Be it the provider of the number one platform for low-code application development, which is utilising this technological approach  to reduce the complexity of the development cycle and thus changing the parameters of enterprise software. Or a leader in next-generation endpoint security, delivered via the cloud, which is harnessing its capability  to meet the ever escalating cyberattack threat landscape. Artificial Intelligence is most certainly being touted as the game-changing technology to trump all others.

Naturally, the emergence of any new technology is met with both hope and scepticism. Cast your mind back 18 months and you would have been in the midst of Elon Musk’s billion-dollar crusade to stop, what he called, the “AI apocalypse”.  Depicting something you would expect to see in a Hollywood blockbuster, Musk was using his gargantuan influence to repel Silicon Valley’s rush to embrace AI and its proponents in his bid to save humanity from, what he termed, “machine-learning overlords”.

I remember a funny interview when Musk was in deep discussion with Demis Hassabis, a leading creator of advanced artificial intelligence. During the discourse he stated that he was working on his ultimate goal at SpaceX: interplanetary colonisation, which he described as the most important project in the world. Hassabis retorted that he was working on the most important project in the world: developing artificial super-intelligence. Musk countered that this was one reason we needed to colonise Mars—so that we’ll have a place to escape to if Artificial Intelligence goes rogue and turns on humanity. Amused, Hassabis said that Artificial Intelligence would simply follow humans to Mars.

Firstly, let’s get some realities in play to set the context. The reality is, Artificial Intelligence is not a replacement for humans, therefore the potential for it to go rogue is minimal. Another misconception is that it is just one technology, again this is untrue. It’s actually a variety of different types of software that businesses can use in various ways for various applications. The next myth to be dispelled is that Artificial Intelligence can think for itself, again this is false, it can only make insights based on the information that it is fed; obviously the more information you feed it the more insights it can produce. Therefore, instead of thinking of it as a means of replacing or displacing humans we should think of it as enabling people to do much better work, boost people’s labour productivity and help people to use their time more efficiently to create, imagine and innovate new products and services.

Implementing Artificial Intelligence into your business 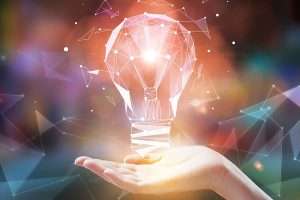 Artificial Intelligence is already impacting our everyday lives. New products are being embedded with virtual assistants, while chatbots are answering customer questions on everything from your online office supplier’s site to your web hosting service provider’s support page. Meanwhile, companies such as Google and Microsoft are integrating Artificial Intelligence as an intelligence layer across their entire tech stack.

If you are a business owner reading this you are probably grasping at ways to implement its practices into your workplace in a bid to stay current. However, you are probably equally unsure of how to do this, why it is important and fundamentally how it can actually transform your business.

To fully prepare you for Artificial Intelligence implementation would take a series of insightful blog posts and a host of other activity, however, let’s touch on five key steps that organisations can consider in order to introduce it into their business

1. Identify the business problems you need to solve

Too many organisations in their rush to be current and implement Artificial Intelligence fail to determine whether they actually need it. Firstly, identify the business problems you need to solve and then start small by assessing each one to see if they would be a fit for an existing Artificial Intelligence-related technology, such as chatbots for handling simple customer queries or using Robotic Process Automation (RPA) for certain back-office roles.

2. Determine how ready your organisation is to build, manage, and support Artificial Intelligence-related systems

Once a relevant problem has been identified, companies need to check they are prepared to build and manage their system of choice.

There are a wide variety of Machine Learning services available from each of the major cloud providers, both on-demand services for the likes of image and speech recognition, and tools for building custom models, as well as the option of building an in-house system using GPUs and one of the many Machine Learning-focused software frameworks.

3. Map the core skills in your organisation and those that are missing

Once the problem has been scoped out, and the potential technologies and data needed identified, the next step is to pinpoint what skills you have in-house to realise the project.

I’d recommend mapping the skills available and those needed in the mid to long-term, before working out ways to build any missing skills — including using in-house skills programs, recruitment, and harnessing partner organisations.

These are not just the skills needed to realise the project, but also those needed by employees whose jobs will change as a result of using Artificial Intelligence-related technologies like chatbots in the business.

4. Foster a culture in which employees can experiment with and evaluate Artificial Intelligence

Employees are open to experimenting with Artificial Intelligence-related technologies to help them do their job, Microsoft found, with 67% of leaders and 59% of employees saying they were open to the idea.

However, employees may need some encouragement before engaging with these new technologies. So start small and scale up as this helps teams to build trust, learn lessons and gain confidence.

5. Don’t forget about bias and ethics

As mentioned above, Artificial Intelligence systems are only as good as the data they are trained on.

If that data is misrepresentative, biased or wrong, the way the machine learns to use it will, in turn, be fundamentally flawed, so human oversight will always be required.

When it comes to tackling stable, highly predictable problems and where it is reasonably easy to collect large amounts of data, Artificial Intelligence will enable us to do things beyond our current understanding. It’s important though to realise the opportunities and the limitations of the technology. Far from Musk’s belief that it will one day rid the world of humans, the reality is that it will enable us to create products that make a competitive difference for companies with the right technology, staff and culture.