Have you ever embarked on a global PR campaign? If the answer is yes, you’ll know that such an endeavour is not for the faint hearted. If the answer is no, fasten your seat belt, grab a tasty beverage and allow me to talk you through just how such an operation works.

The word ‘operation’ at times evokes military connotations and when devising a campaign that spans the UK, Italy, France, Germany, Australia, Canada, Singapore and Japan, the precision, attention to detail, stamina and at times sheer unrelenting tenacity needed to pull off such a mission aren’t too far away from the attributes required to successfully establish a beach-head in a new territory. Have I gone too far? Maybe. But now that I have your attention, let me tell you about a fantastic global campaign that my wonderful team and I oversaw earlier this month.

In my career I’m extremely lucky to work with some of the best minds in the technology industry. Moreover, I have an affection for many facets of the tech landscape 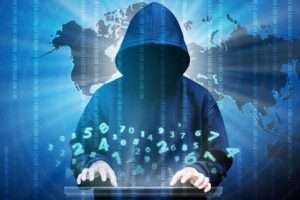 and my true passion lies in cyber security. I’m not sure what exactly first drew me to it, possibly the 1980s blockbuster film ‘War Games’. If you’re not familiar with the movie, it details how high school student David Lightman, played by Matthew Broderick, unwittingly hacks into a military supercomputer while searching for new video games. I watched the film religiously, over and over, almost to the point where I could recite the words of the script as I watched – much to the annoyance of my mother. After watching the film I would spend hours on my ZX Spectrum tapping away at the keys, trying to see if it was possible to hack  into a banking system. Not surprisingly, I wasn’t successful, but the seed was sown and once that flame of fascination was lit there was no turning back.

Fast-forward 30 years and I’m constantly reading about black hat hackers whose sole purpose is to find computer security vulnerabilities and exploit them for personal financial gain or other malicious reasons. Formerly I pictured them as hooded individuals, working in isolation from their mothers’ basements, but now I know it’s so much more sophisticated than that. Cybercrime is a trillion-dollar problem and these adversaries, far from being isolated, share their tools, tactics and procedures on the dark web, enabling others to follow their lead.

I’ve picked up a vast amount of knowledge on the subject from one of my clients, Carbon Black, a leader in next-generation endpoint security delivered via the cloud. In August 2018 C8 Consulting collaborated on the production of their very first UK Threat Report, which focussed on hacking, escalating attacks and the role of threat hunting. To gather information from source, a survey was undertaken by an independent research organisation that captured responses from more than 250 UK CIOs, CTOs and CISOs – from companies in a range of vertical industries including – finance, healthcare, government, retail, manufacturing, entertainment and many more. The research was conducted to understand the challenges and issues facing UK businesses in their fight against cybercrime and to determine how organisations are using threat hunting to strengthen their defences.

The survey was an overwhelming success. We launched the research via a media roundtable in which some of the most influential tech journalists and analysts discussed the research findings at length with two company spokespeople from Carbon Black, namely Rick McElroy and Tom Kellermann. In addition we worked with our broadcast agency partner to secure some fantastic radio and television interview opportunities most notably with Sky News; and hosted a live stream event where a panel, consisting of company spokespeople and industry influencers, discussed the research findings, emerging trends and the threat landscape in front of a valuable online audience of customers, partners and prospects. This mix of strategic and tactical PR campaign activity garnered growing global interest in the findings. 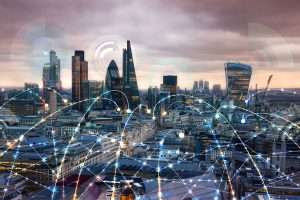 Keen to see if the threat landscape had changed in the intervening six months, C8 recommended that our client repeat the research report in January 2019, only this time we felt Carbon Black would benefit by gathering insights from eight global territories. The purpose being to determine whether the cyber security issues being reported in the UK were also affecting organisations in other similarly developed territories across EMEA and beyond.

The compilation, analysis and verification of statistics from over 1800 global C-suite respondents was a challenge in itself, but the results speak for themselves. The country reports and subsequent PR collateral were translated into eight different languages to enable C8 and our global network to engage with the media. Moreover, 30 face-to-face, telephone, broadcast, and radio briefings were conducted in one week, in London and Milan, from sunrise to sunset. Securing coverage for our client with Sky News and other top tier tech titles such as Infosecurity Magazine, SC Magazine and IT Pro demonstrated that our strategic approach was the right path to take to deliver complex messages to market. Furthermore, PR is all about building strong, trusted relationships and this global strategic research project enabled myself and the C8 team to spend some quality face-to-face time, both professionally and socially, with our clients and the media.

This global strategic project resulted in a robust, in-depth insight into the state of cyber security across the globe that reinforces Carbon Black’s reputation as a respected authority in its target market. It kick-started conversations with industry influencers and customers that will pay dividends for Carbon Black now and in future.

Due to the report’s resounding success, later this year C8 will engage in repeating the process of gathering information on insights, trends and challenges from nearly 2000 global C-suite participants – in fact planning is already underway. I’m excited to see what insights this new research will capture, how the campaign will unfold, where we’ll travel to facilitate media interviews, and the coverage we’ll create for our client as a result.