October marks an exciting month for C8, with activity back in full swing after the summer break. 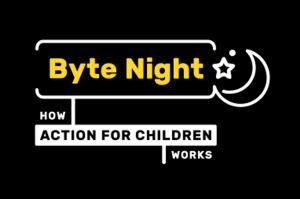 But along with the usual day-to-day goings on, the start of Autumn also brings with it Byte Night; Action for Children’s biggest annual fundraiser, an event that represents a huge part C8’s history with our chairman, Ken Deeks, having founded the event 20 years ago.

Whilst I cannot be certain, I am fairly confident in saying that the C8 team spent Friday’s cold, chilly autumnal-eve very differently than most. Rather than remaining tucked up in a warm bed in the comfort of our own homes, we, instead, for the 13th year running, joined together with a further 178 individuals to participate in Action for Children’s annual Byte Night event, sleeping rough in the centre of Reading in order to raise awareness and vital funds to combat youth homelessness.

As a first time sleeper, I was really eager to get involved. In fact, after having interned with C8 back in 2012 when I was still at university, this corporate social responsibility event was one of the reasons I was so keen to come back! For me, working for an organisation that is engaged in philanthropic causes is something that is really important – after all, I am part of the media-dubbed ‘Giving Generation’, or as we are more widely referred to, millennials.

That being said, the actual act of sleeping out was rather daunting. The first few hours went by pretty quickly and could even be described as quite enjoyable, with people sitting up, chatting away. But, when the time came to actually try and sleep, reality kicked in and things quickly become a lot less pleasant. During the course of the night and into the early hours of the morning, you could hear the buzz of people and cars and I couldn’t help but think how terrifying it must be for a young person out there on their own. On top of this, we were fortunate enough to have been afforded the luxury of foresight, something which a number of homeless youth probably don’t have, and were therefore able to bring with us warm clothing and appropriate sleeping equipment. 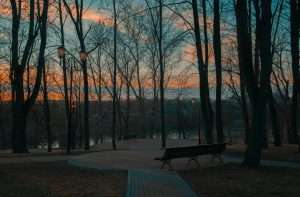 I caught up with C8’s Account Director, Michael Bartley, who had the following to say about his experience: “As a three year veteran of Action for Children’s biggest annual fundraiser, Byte Night, it was great to don my thermals again and spend the night raising money for such an amazing cause. Having the first part of the evening in the Town Hall, a venue that I have never entered despite living in the town for the most of my life, was a great experience. Being sat there watching videos of children that have been helped by the funds raised by Byte Night really brought it home as to why it’s so important that this great event continues to take centre stage in the Thames Valley. It was a pretty wet night all things considered, but that did little to dampen the team’s enthusiasm for the cause and we’ll definitely be back next year.”

Byte Night works to support some of the 83,000 young people who are homeless in the UK every year through no fault of their own.

If you would like to show your support, please go to our JustGiving page here.

Your generous donation, however small or large will go towards supporting young people lead a safe and happy future and we would like to thank you in advance for your kind support.