Welcome to C8’s top stories of the month! A new recurring blog where members of the C8 team are invited to explore a story they found particularly interesting or ‘game-changing’ in the world of tech.

The month of May saw the team explore stories from Elon Musk’s Twitter takeover, to a potential global food crisis. Read below and let us know what you think. What was your top story of May? Use #C8storytellers and explain why! 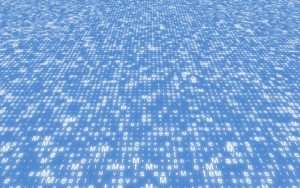 I’ve picked Nick Clegg’s blog on “Making the metaverse”. Not only does it provide a much-needed insight into the logistical and legal difficulties that the metaverse presents, but it’s also a clever example of brand messaging.

Facebook’s rebrand to Meta brought the metaverse to the mainstream, but it was also seen as an obvious attempt to escape the controversies facing both Mark Zuckerberg and his social media site. As a new addition with a history in government, Clegg is the perfect spokesman to show that Meta cares about how a space like this could be regulated, implicitly addressing the parent company’s reputation for poor data privacy and content regulation in the process. “Technology isn’t good or bad in and of itself. People will use it as they see fit”, he writes.

The piece lays out the three key factors that make the metaverse feel like real life – ephemerality, embodiment, and immersion. Clegg then goes on to discuss the many applications of this technology, emphasises the need to ensure equal access to its benefits, and discusses regulating the space with “guardrails”. As a company that will undoubtedly have a large influence over the metaverse’s roll out, it was interesting to see Meta’s blueprint for building out a functional space that people will want to use.

This story about intellectual property rights caught my eye for several reasons.

First, it is sound advice to start-ups that they should not neglect the legalities around registering their nascent brand’s trademark. Acting early to file a trademark application can prevent an awful lot of pain compared to developing the full brand and then finding it in competition with an existing product name, as the protagonist in this case discovered.

Second, the writer goes on to neatly illustrate the value of registering your marks with a story of a friend who cashed in when Facebook wanted to launch a product that infringed on their registered IP rights, and subsequently paid a large fee for the privilege.

Third, we have the dramatic irony that the original subject of the story appears to have learned nothing from their earlier experience, announcing a product name change yet apparently still having failed to make a trademark application.

And finally, the postscript to the article is worth a read, in which we imagine a stressed-out PR team is attempting to mitigate the negativity of the story. There are several lessons here, but one of them is to always think incredibly carefully about how a casual email to a journalist can end up causing more harm than good!

This BBC story really piqued my interest for two reasons. Firstly, it highlights the advancements in smart technology in a field (no pun intended) that you don’t typically think of first when it comes to innovation and heavy investment in R&D. Whilst they may be in their early stages, and available only to the upper-end of the global agriculture industry, I find it fascinating that artificial intelligence has been applied at the source of the industry, helping to plug the skills gaps, and make farms more efficient in a time of global crisis, where the pressures placed on the supply chain are unlike any in living memory.

Secondly, I find it astonishing that cyber attackers, regardless of motive (whether it’s penetration testing/ethical hacking, or with financial gain in mind) are targeting one of the last remaining analogue industries, albeit one that can have wide-ranging implications for the global food chain. I’m probably not the only one wondering about the offset in efficiency gains with a hacked piece of technology, versus manually picking crops out of the ground.

We frequently hear about autonomous cars being disabled and commandeered by hackers, which can directly – and immediately – lead to a loss of life. Why, therefore, are agricultural machines the target of similar attacks? The answer may be a simple one – why do people climb Mount Everest? Because it’s there. Build it, and they will come, as the old saying goes.

If countries need to become more versatile and reliant on home-grown crops, due to global events, it’s amazing that progress can be quickly undone by a single, hard-hitting cyber attack. Now it seems, doing something as simple as putting food on the table is not as easy as it seems.

I’ve chosen an opinion piece discussing Elon Musk’s likely successful purchase of Twitter and some of the consequences that may occur.

The article raises the interesting question of what other notable social media alternatives there are to Twitter. The answer is none. Hence why previous controversial users of Twitter (e.g. Katie Hopkins) have gone completely off the radar since being banned from Twitter and Meta platforms in 2020. The article focuses on Musk’s determination to deliver on his views of free speech, with this resulting in Donald Trump’s potential return to the platform (and likely others that have been banned for breaking Twitter’s code of conduct regulations).

None of the alternatives have anywhere near the same reach or influence as Twitter, highlighting how much power certain social media companies hold in today’s digital society. It will be interesting to see how Twitter operates under Musk, as well as the consequences of his personal views on what constitutes free speech and how far this goes. It already looks to have alienated some, but where else will these users go if they want to remain part of live, on-demand news, discussion, and constant bickering? It also begs the question as to whether further regulation could be brought in from governmental agencies to prevent a potential rise in hate speech and misinformation. Time will tell, but the purchase has certainly generated a lot of questions around the power and dangers of social media.

I picked this story written by Christine Horton for Think Digital Partners. The reason this resonated was that it reminded me how important it is for vendors to ensure that customers continue to engage with software once implemented, and how critical user engagement and interaction is to the success of software rather than designing technology for technology’s sake.

You could be forgiven for thinking the NHS COVID Pass has been a huge success. Officially launched on 17th May 2021, the COVID Pass project has continued through to this year with a new release being issued every week or two to keep up with evolving government guidance on issues such as coronavirus mutations and new test solutions. It has enabled more than 25 million people to download the NHS app – exceeding the popularity of TikTok in 2021!

But what is more important now is that Netcompany together with NHS Transform continues to look for new ways to engage the British public to utilise the app and to see its potential beyond just the pass.

“But these things tend to have a half-life, so at some point in three months, more people fall off. So, we need to be quite quick, adding more things that people need to transact their usual business, rather than something like the COVID Pass.”

I recently saw an interesting story explaining how new 3D technology is being used to make traditional missing person posters more memorable. The UK charity Missing People has introduced new billboard technology in an attempt to make the posters more engaging for the public.

The posters, re-designed based on behavioural science research, feature 3D images of the missing person and a QR code which shows them laughing and smiling when scanned. Missing People partnered with various design, visual effects and AI expert companies to increase the quality of the photos and bring the still photographs and the missing people to life.

To coincide with Missing Children’s Day, the posters appeared on billboards across London on 25th May. Jo Youle, chief executive of Missing People, said: “By embracing innovation, we hope the new appeals will have an even greater impact and lead to those featured being found safely.”

I think this story demonstrates the power of new technologies in re-inventing outdated practices, in this case with potentially life-saving consequences. 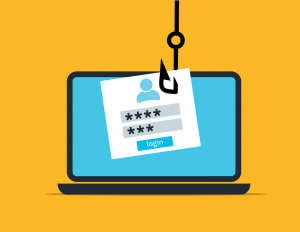 I found this story during a morning newsjacking session and found it particularly refreshing. In the midst of continuous turmoil and an escalating threat landscape, morning stories often entail a data breach, the latest statistical rise in account takeovers, or increasing cost of ransomware to businesses. However, this article highlighted a Robin Hood-esque ransomware that asks for acts of goodwill instead of payment. The acts include helping the homeless, buying food for children and paying for someone’s hospital treatment, with proof being posted on the company’s social media channels in order for the company to recover its data. I do not condone criminal activity and am an advocate for data protection and security, but the oxymoronic concept I found somewhat poetic and the discovery serendipitous. It highlighted the potential of those behind ransomware gangs and software to use their skills for the good. It was a welcome read amidst an array of data breaches and costly ransoms.