How journalists use door-stepping tactics – the battle for No.10

A few weeks ago we held our networking event at the BFI in London where we invited a number of well-known and highly respected journalists spanning the technology and broadcast space to join our panel. One of the panellists was Paul McNamara, Political Editor for Channel Four News. On the night, he provided us with some fascinating insight into the world of political journalism. Since that evening, I’ve become a bit of an avid fan and I’ve tuned into Channel 4 News most nights. In particular I’ve been hooked on his Boris Johnson door-stepping tactics. 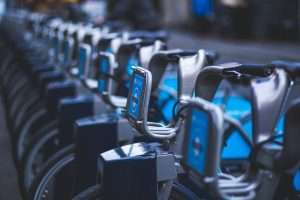 So as Conservative MPs Boris Johnson and Jeremy Hunt go head-to-head to become the next Tory leader and Prime Minister, so I’ve been watching Paul’s various broadcast reports on the evening news.

I am sure everyone reading this is aware that this leadership contest has been going on over the last month and, as both Jeremy and Boris have toured the country telling the party faithful that they are willing to leave the EU with Boris not ruling out suspending parliament, it has been fascinating to watch how Paul has cleverly reported and engaged questions around Boris’ views on political issues, Brexit and this leadership contest, as well as the widely reported debacle with his girlfriend.

So whether Paul has been reporting on the most recent story around MPs inflicting yet another defeat on the Government over Brexit – backing a move which could stop the next Prime Minister shutting down Parliament to force through a no-deal exit from the EU, to Boris’ uncomfortable private life – every step of the way, somewhere in the background, Paul has been there.

It has been captivating to watch how he has goaded Boris into answering questions he clearly doesn’t want to respond to. It is also interesting to see how Boris has either closed those questions down or block and tackled his response by diverting to topics he does want to talk about. One particular interview stands out for me when Paul said “Afternoon Mr Johnson, will we definitely have left the EU by November?” Boris answered: “You bet by November.” Paul then put him on the spot by asking again, “Definitely by November and if we haven’t will you resign?” Boris replied: “Well we are going to leave by then, hmmm, excuse me.” Paul persisted: “Would you resign though?” Boris appeared to stutter and then declared: “We’re going to leave by November and we are going to recover a long-lost sense of energy and can-do spirit.”

Tactics and key questions to secure a response

For those less familiar with door-stepping tactics, usually, if a person is door-stepped by journalists or reporters, what this means is that the journalist has come to the person’s house and bombards them with questions. The main reasons journalists and reporters engage in door-stepping is because they want to achieve one or all of the following: 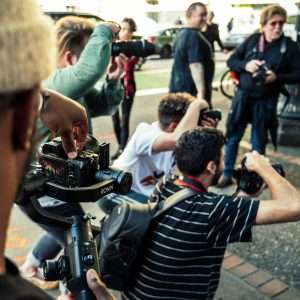 Celebrities in particular are door-stepped a lot by journalists. Many consider door-stepping by journalists a form of intrusion and harassment. Over the years celebrities and people who suddenly find themselves involved in newsworthy events have complained a lot about being door-stepped by the press. For me though, I have found Paul’s tactics highly engaging and I like the way he has put Boris on the spot – more than once. I feel more informed about Boris and his potential as our possible Prime Minister, thanks to Paul’s determination and persistence. So, I shall continue to tune into Paul’s reports every night at 7.00 pm for the next instalment!

C8 is proud to work with global technology companies in the cybersecurity space, as well as innovative businesses in the environmental and education sectors. Discover more about the clients we work with and the services we offer that make a difference to our clients’ bottom line.