How a livestream can help you cut through the noise

Finding new ways to engage audiences now that physical events have been shelved for 2020 can be extremely challenging. Here at C8, many of our clients have cancelled shows and events, scratching their heads on how best to replace them. 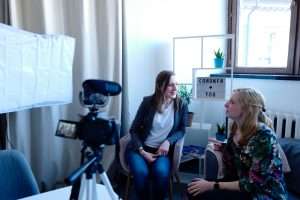 The trouble is that we are now all so glued to our laptops that webinars and virtual events are becoming commonplace and consequently are starting to lose their appeal – we are all in danger of experiencing ‘Zoom fatigue’.

So how can you do something that is a little bit different and cut through the online event noise?

One activity that we have recently undertaken that we found got a lot engagement and was also a lot of fun to be involved in was a livestream. We organised this for our client, BlueVoyant, and everyone deemed it a huge success. In fact, we had over 1500 registrations on the day.

What is a livestream?

For those less familiar this is a live broadcast, similar to a live TV studio event, but online using iframes and it can also be made available on-demand afterwards. We used the livestream to promote some global research that BlueVoyant commissioned us to do with our research partner Opinion Matters. The research looked into risk in global supply chains and third-party ecosystems; the livestream was an engaging and interactive way to promote key messages from the research.

Our broadcast agency partner, markettiers, was responsible for the production of the livestream and together we created the running order and script for a panel discussion. Therefore, in essence, we created a 30-minute programme with a panel discussion and Q&A which went out live.

The presenter and panellists made all the difference

We used a professional TV presenter, Jayne Constantinis, who was superb on the day and the whole set up was very much like being in a studio – albeit on Zoom.

I must admit we also had three hugely qualified guests on our panel which did make all the difference. This not only ensured a lively discussion, which is what you want with these types of events, but they were a big draw.

In terms of our panelists we had Debora Plunkett, who recently joined BlueVoyant’s Board. Debora was previously on the National Security Council at the White House for two administrations.

Next was Jim Penrose, BlueVoyant’s Chief Operating Officer. In a long and decorated career, Jim has previously been the Founder and Chief of the National Security Agency’s Operational Discovery Centre, its Technical Director for Counterterrorism and Mission Manager for its Threat Operations Centre.

And finally, Phil Venables. Phil’s a Board Director at Goldman Sachs who doubles as its Senior Advisor on Risk & Cybersecurity.

During the livestream we launched and discussed BlueVoyant’s comprehensive first ever report which looked at how well major businesses around the world were managing the risk of cyber attack via their supply chains. We looked at why companies are being exposed via their suppliers and what they could do to best minimise this risk in the future. 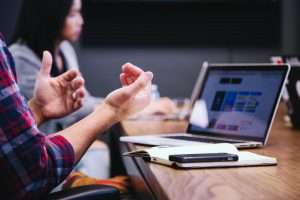 And I have to say the research headlines were pretty stark:

Overall, it was a great way to engage with our audience, to get eyeballs on the research and to run an event which captured interest for BlueVoyant. Going forward, I think livestreams will be a regular feature in BlueVoyant’s calendar, especially when we undertake the research again in 2021. Do get in touch if you are interested to find out more about how livestreams work.