My Five Key Takeaways from CommsCon19

In the hopes of deepening my understanding of how the PR industry can better prepare for 2020, I attended the second annual CommsCom event, hosted by Cision in London. I was excited to hear how expert commentators in the field viewed the future of the PR and communications industry and how we can best prepare for it. 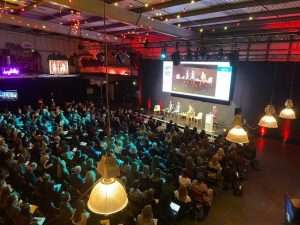 CommsCon is a fantastic opportunity for some PR career development, with a brilliant set of speakers and thought-provoking discussions, that arm delegates with knowledge that they can take away and use in their own organisations.

This year’s event certainly didn’t disappoint. With a full house of more than 700 PR pros in attendance, CommsCon was an unmissable day of insight and debate on a range of topics around the evolution of the industry.

Here are my top five key takeaways from the day.

1. “Media relations is absolutely not dying”

For decades, the art of pitching to journalists to secure media coverage has been at the heart of what many PR professionals do. However, in recent years, you may have heard some proclaim ‘the death of media relations’. This is largely due to the evolution of digital marketing and social media, along with the swift decline of traditional media and, as a result, staff cuts. The media relations landscape has continued to shift, with an estimated ratio of more than 6 PR pros for every journalist today.

The overwhelming response to the question of whether media relations is dying, thankfully, was a resounding “no”. The panellists, including comms professionals from MoneySavingExpert.com and Shelter, agreed that while media relations isn’t dying, it’s shifted from being the central focus of PR activity to one of many tactics available to us.

One panellist explained that it’s “thriving and changing” as journalists are stretched even further than ever and have to cover more work. As a result, the onus is on media relations to deliver valuable resources, such as rigorous research and insightful case studies. A key piece of advice was to ensure content is factual and accurate, in order to build a trusting relationship with the journalist.

Our job as PR practitioners is to use the wide variety of tools available to amplify messages and media relations is a component of that. To conclude, “just because we have more tools in our armoury, doesn’t mean we should downplay our key weapons.”

Fleet Street Fox, aka Susie Boniface, Daily Mirror columnist and author, described how being an anonymous blogger with a huge social following allowed her to write controversially and authentically. She explained, “As an anonymous voice, I can have more influence than as a normal reporter.”

Susie revealed fascinating insights into UK journalism and gave all of us PRs a peek behind the curtain of a real newsroom. Not only is she refreshingly honest and witty, Susie is gutsy and clearly a brilliant journalist, with a track record of hard-hitting despatches. Susie gave an important reminder of the power of the media for good – since 2002, she has covered the campaign for official recognition of the men who served at Britain’s Cold War nuclear tests.

Her advice for PR folk: 1) Be useful (tell a journalist what they’ve got wrong), 2) Sympathise with journalists (they’re under more pressure than ever), 3) Prune (keep all communications short, especially press releases). And finally, “When talking to any journalist, assume you’re talking to an idiot.”

3. A good strategy starts with knowing who your audience is

Adrian Harris, Head of Digital at Church of England, shared his strategy behind transforming the digital presence of one of the world’s oldest brands. Adrian acknowledged, “You wouldn’t normally expect the Church and digital to be in the same sentence.” His message was that organisations can’t afford to underestimate the power of online media.

In the process of its online overhaul and digital revamp, Adrian outlined how the Church’s website was re-launched with brand new content. The Church is working hard to understand its audience which allows it to help drive an effective digital strategy. The Church has personas it targets through Instagram and other social channels, whether that be an irregular churchgoer or a bride-to-be. He explains that any good communications strategy starts with knowing who your audience is.

The Church has also tapped into the rise of voice assistants and launched an Alexa “skill” to reach new audiences and prompt mainstream media coverage. Adrian showed incredible stats on how the award-winning campaign supports and encourages faith exploration, with more than 100,000 questions being asked in just over one year. For example, saying grace before a meal or finding the nearest church. Down to its huge success, the Church is launching on Google Home in a few weeks.

4. Don’t be a slave to your crisis comms plan 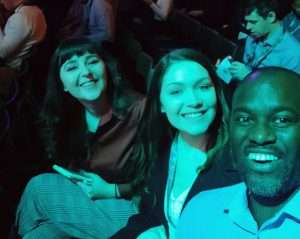 With almost 1 million stakeholders for the team to consider at the CAA, they highlighted the importance of worst-case scenario planning and social interactions online. So, how were they so successful? 1) Multi-channel consistent messaging, 2) Single source of truth, 3) Manage media relations, 4) Communicate with stakeholders, 5) Target and amplify messages on social media.

Their advice was simply, “have a plan how to handle it but don’t be a slave to it and be ready to adapt”. They also emphasised the need to build a strong link between operations and communications, advising “if they don’t give you a seat at the table, bring your own folding chair”.

To conclude, their main crisis comms strategy is as follows: 1) Make assumptions about worst-case scenarios, 2) Make sure everyone in the organisation is empowered, 3) Place stakeholders at the heart of the response, 4) Rely on external partners if necessary, 5) Set expectations.

5. Slow journalism will make a comeback in 2020

The final panel of the day involved national media professionals discussing the future of journalism and the trends that are expected to arise in 2020.

According to Brittany Golob, editor at Communicate and Transform magazines, we will see a surge in niche media titles as publishers look to tailor a more bespoke experience to a specific but devoted audience.

Eleanor Mills, editor at The Sunday Times Magazine, said she is optimistic about the state of print media. By going behind a paywall, The Sunday Times is now making a substantial profit through digital subscriptions, because “people are willing to pay for quality journalism.” According to Eleanor, traffic monetisation strategies do work and foster investigative journalism. Also, a richer use of data to monitor the action taken by the reader should be used; it’s not just about clicks or vanity metrics but about the impact on your audience.

The panellists agreed that the upheaval surrounding modern politics has driven readers back to traditional media sources. Paul Clarkson, managing editor at The Sun claimed, “Politicians have ironically helped us with people wanting quality journalism and better quality reports.” Essentially, people are going back to trusted sources following fake news. Their advice to businesses? Don’t rely on clickbait as it may damage your brand.

Protecting quality journalism is an important evolution of the industry that should go hand in hand with the development of digital. Rosie Hopegood, freelance journalist, predicted the growth of slow journalism, with podcasts and investigative features rising in popularity.

The panel also gave valuable insights into the best ways for comms pros to work more effectively with their media counterparts: 1) Know your audience, 2) Know the outlet, 3) Check the story hasn’t been done before, 4) Know the lead time and 5) Know you’re not getting copy approval. And, the best way to establish a new relationship with the media? Send them a targeted email before you call and make sure it’s completely relevant.

BONUS: 6. ‘Fatberg’ is now an official dictionary word and can earn you 13 points on Scrabble

Stuart White, head of media relations at Thames Water, shared the story of how the term ‘fatberg’ was born and the results of the successful media campaign that surrounded the 130-tonne Whitechapel Road sewer blockage.

Capturing imaginations and disgusting audiences, the ‘fatberg’ became an international celebrity after Thames Water initially fed the story to the Evening Standard as an exclusive. Without spending a penny, the story reached more than 150 countries, proving that successful international campaigns are not always about big budgets.

Thames Water’s comms team “created a monster” and something to fear to highlight the growing issue of waste. As their brilliant “bin it, don’t block it” campaign continued, they became even more daring in their language, which had a clear impact on social behaviour.

As 2020 creeps closer, we look forward to applying all the above tips and tricks in our own PR strategies for our clients. CommsCon has left us feeling excited how the world of media relations is evolving and why we should be optimistic for the future.

For more information about how C8 Consulting can help to create compelling campaigns and kick-start conversations for your business in 2020, contact us.