Changing the Story of Plastic Waste

At the forefront of disrupting the market, Recycling Technologies embarks on the next stage of its incredibly successful journey as it opens a new manufacturing facility and headquarters in Swindon and kick-starts its second crowdfunding campaign.

This exciting move marks a major milestone for Recycling Technologies, as it is the start of preparations for mass-assembly of the RT7000 recycling machine. The first RT7000 machine, which chemically recycles a comprehensive range of plastics – including crisp packets, pouches, lids, and films – back into an oil, from which new plastics will be made, is scheduled to roll off the production line in 2019. 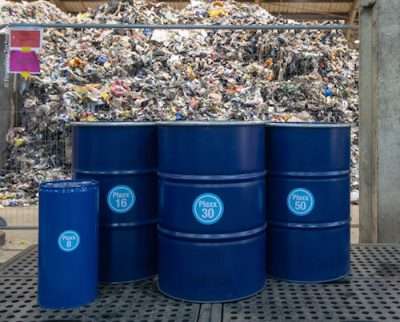 Fulfilling the urgent need for more UK plastic recycling capacity, the opening of the new assembly plant in Swindon neatly coincides with the launch of Recycling Technologies’ second crowdfunding campaign via Crowdcube. This raise will secure funds to launch its RT7000 plastic recycling machine. The campaign follows its first successful fund raise in February earlier this year, which closed at £3.7m, way ahead of the initial target of £1.2m, in just over two weeks.

The new facility, which was secured using some of the funds raised from the first investment round, will not only produce the first fleet of 12 RT7000 machines, it also has the capacity to scale to make up to 200 machines per year as the market develops. Highlighting the increasing public awareness of environmental issues, Collins Dictionary recently announced “single-use” as the word of 2018, which reflects universal efforts to combat the threats such plastics pose to the environment.

The crowdfunding campaign represents a unique opportunity to be part of a community dedicated to changing the story of plastic waste. Find out how you can join a scalable, industrial solution to help solve the world’s plastic problem and build much-needed recycling capacity in the UK, and globally.

Kick-starting conversations with the media

Building on our powerful regional media relationships, C8 Consulting invited a host of local press to attend, from the Swindon Advertiser and Swindon Link, along with radio and TV broadcast reporters from BBC Wiltshire and trade journalists from Plastics and Rubber World, to the opening and facilitated a number of press interviews between the media and North Swindon MP Justin Tomlinson, Recycling Technologies CEO and founder Adrian Griffiths, and other members of the executive team.

A new future for plastic waste

At the opening, Recycling Technologies were joined by staff, suppliers, councillors, shareholders and organisations from the plastics and waste sectors. Following the official opening presentation, guests were invited to view a mini-exhibition demonstrating the progress and impact of Recycling Technologies’ work in changing the story of waste plastic. Artist Maria Arceo’s large-scale artwork, titled “Future Dust” was also on display – her innovative and thought-provoking piece is crafted using plastic from over forty beaches in the UK – drawing attention to the sheer scale of plastic litter found in our waterways.