Reflecting on 2019 – a watershed year

As we hurtle towards the end of the year it seems right to grab a moment to take stock and reflect on the year at C8 from the point of view of our clients, colleagues and the consultancy itself… and what a year it has been! Here are just a few of the many activities that have kept us buzzing. 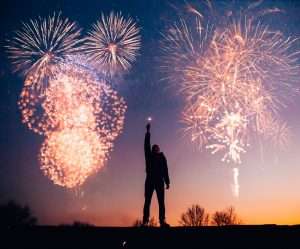 The year opened with an exceptionally busy first quarter, a highlight of which was the management and media launch of a major research project for our client Carbon Black (now VMWare Carbon Black). The Global Threat Report’s detailed insight into the international cyberthreat environment and the challenges faced by businesses worldwide certainly captured the interest of the media in the eight different countries where it ran, with great pick-up across the board from nationals to respected security and technology titles.

We welcomed new clients including rising speech analytics, AI and conversational computing star Contexta360 and legaltech innovator WebTMS and celebrated with newly promoted Account Executive Abbi, who has earned her stripes since joining C8 in summer 2018 and thoroughly deserved her promotion.

Conferences and celebrations in Q2

The second quarter saw us put the pedal to the metal to ensure all our security clients had a successful InfoSec conference. With four of our clients attending it was a whirl of briefings, interviews and some great coverage resulted. Outside InfoSec we launched new research for our client A10 Networks revealing the growing use of IoT devices in DDoS attacks. We filmed over 10 customers at our client BitSight’s User Conference, creating some great film footage. We welcomed Jess to the team as a Junior Account Executive and she was soon getting stuck into her new role.

At the end of Q2, C8 Consulting marked 15 years in business. We celebrated with an event in the BFI in central London where we gave our clients no-holds barred access to prominent broadcast and industry journalists who joined us for a panel debate that turned into a frank discussion about how the media works and what makes a good story.

In the midst of the Tory leadership contest we were privileged that Paul McNamara, Channel 4’s political correspondent, was able to take a break from doorstepping Boris Johnson to take part (you can thank us later Boris!). Paul was joined by BBC tech reporter and presenter Zoe Kleinman, while Christine Horton represented the Channel media that is so important to many of our clients. David Bicknell, of Global Data, gave the analyst’s perspective.

This quarter also saw the addition of the world’s #1 open source integration vendor, WSO2 and Panasonic PSCEU added to the C8 client roster.

New faces and promotions in Q3

When business is operating at top speed and everyone is going beyond the call of duty, consultants gain invaluable experience and skills along the way. The busy first half of the year offered Kiri and Ellen the opportunity to show just what an important part of the C8 team they are, and this was recognised with promotions for both in Q3. At senior level, Taz was rewarded for his strong strategic direction and tireless contribution to C8’s management, being promoted to Associate Director. 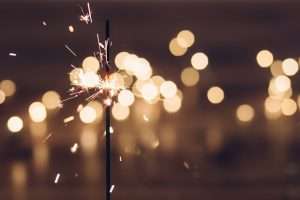 We also welcomed Lottie as Account Manager and her infectious enthusiasm and incisive approach quickly made an impact on clients and colleagues alike. In addition, we worked with our client Recycling Technologies to announce a significant partnership with Tesco, which will help shoppers recycle more of their household plastic waste.

The final quarter of the year kicked off with a mammoth pan-European press tour with VMWare Carbon Black as it launched the next edition of its Global Threat report across eight territories, whilst we globetrotted to facilitate briefings in four countries. This was followed by its own flagship event, CBConnect, at which we provided media and analyst relations. The team stepped straight off the plane and onto another, heading to client OutSystems legendary NextStep conference in Amsterdam alongside a bevy of journalists in the low-code, developer and digital transformation space.

No sooner had everyone touched back down than it was time for a major UK press and analyst event for secure cloud specialist iland. We were delighted to welcome the US team and introduce them to their target journalists and analysts, building a solid foundation for relationships that will continue to bear fruit in the months ahead.

To round the year out we started work with two new clients, leading Software Development Specialists Clearvision and e-commerce fraud prevention company Forter. We can’t wait to start making the C8 difference to the profiles and reputations of these two disruptive-tech companies.

It has been a year to remember here at C8 and it is testament to the commitment and energy of our team that we have happy clients, a growing roster and a bright future ahead. In some ways it has been a watershed year, we achieved record revenues and we’re reaching more audiences, with more messages and kick-starting more conversations for clients. But we’re not standing still… in 2020 we will be launching new services including social media management and aiming to deliver ever higher levels of client satisfaction.

Thank you to all our clients, partners and suppliers for all your support in 2019. Here’s to a fantastic 2020! Want to be part of it? Contact us.