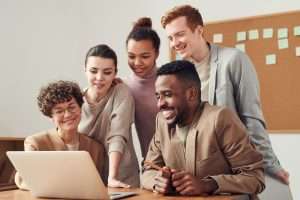 There continues to be a decrease in confidence in the region, according to the latest Thames Valley Business Barometer report.

Economic confidence at an all-time low

The Autumn 2019 Business Barometer, conducted between early October and November of 2019, reveals that 54% of business leaders in the Thames Valley feel that economic confidence has deteriorated in the last six months, compared to 63% in Spring 2019.

The latest report has also identified that pipelines are on the downturn with only 72% of respondents stating that their new business pipeline/order book had either remained the same or increased over the last six months, the lowest figure since the survey began.

In addition, Thames Valley businesses forecast a decline in turnover as 79% predict their turnover to remain the same or increase in the next six months, the lowest figure recorded.

David Brookes, Partner and Head of BDO LLP in the Thames Valley, said: “It’s been an interesting few months in the political landscape since our last Business Barometer. The Conservatives elected a
new leader, a Brexit deal was approved by parliament and a snap general election was called…all of which has arguably impacted the results of the latest report. Last year (2019) saw the largest
deterioration in general levels of economic confidence in the Thames Valley and business leaders in the region forecast a decline in turnover growth and profitability too. Despite the figures, speaking with our panel of business leaders in the Thames Valley, there was considerable optimism on the investments being made and how the region is performing well compared to others.”

Productivity in the workplace

The Autumn 2019 Business Barometer also looked at levels of productivity in the workplace within the region. Productivity has been a hotly debated topic in recent headlines, particularly as more companies adopt the four-day working week in a bid to boost focus and improve efficiency. According to the latest report, Thames Valley businesses’ productivity is out-performing confidence levels. 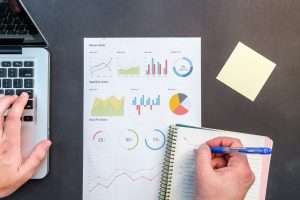 The research also outlined two clear hindrances to productivity in Thames Valley, internal processes and excessive workload, with 63% of respondents stating one of these two reasons as the main hindrance to productivity.

Paula Elliott, Managing Director of C8 Consulting, said: “It’s encouraging to see how productive the Thames Valley is, despite fallen confidence. I think the report findings and the panel discussion with business leaders from the region just shows the sheer determination and efficiency of local businesses and their employees, even at a time of political and economic uncertainty. Understanding the challenges and opportunities facing the region today has given us a lot of food for thought and it will be interesting to see how local businesses prevail in the next Business Barometer in Spring 2020.”

Over 100 businesses across the Thames Valley took part in the latest Autumn 2019 Business Barometer survey. Local businesses Contexta360, Tax Automation, Clearvision, ESP Global Services and Virgin Experience Days are also profiled in the report, sharing their perspectives on their own performance and ideas on productivity in the workplace.