REPORT: Business and Economic Confidence across the Thames Valley

Economic confidence and solid performance results revealed in the latest Thames Valley Business Barometer, despite the uncertainty surrounding the impact of Brexit.

The report confirms broadly stable economic confidence and good performance results and revealed that despite the uncertainty surrounding the impact of Brexit hanging over organisations’ heads, 67% of business leaders felt that general levels of economic confidence have either improved or remained the same in the last six months. 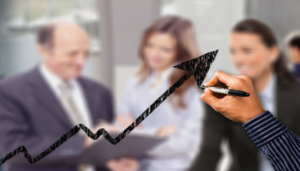 Employment is a good indicator of businesses’ performance. The good news is that, in the Thames Valley, it has remained fairly stable with 90% of respondents saying their headcount had increased or stayed the same, versus 88% in September.

Cybersecurity trends in the region

The latest Business Barometer looked at cybersecurity trends within the region, focusing on how or if cyber-attacks affected companies and what solutions they have in place.

Cybersecurity is a real business issue and cyberattacks are becoming more frequent and more sophisticated. See the results of our recent Thames Valley Business Barometer and find out some of the approaches that organisations are taking to deal with this issue.

The government released a report which found that nearly half of businesses in the UK had fallen victim to cyber-attacks or security breaches in the preceding 12 months. For this reason, C8 Consulting and BDO decided that this should be the themed topic of the Autumn 2018 survey.

The results show that, while a majority (58%) of those surveyed hadn’t experienced a data breach in the last 12 months, just over a quarter (27%) had and 15% didn’t know. When asked about the prime cause of these breaches, half of respondents mentioned a malicious attack such as ransomware or phishing and a quarter said it resulted from human error. Others were victims of insider threat (15%) or an attack via supply chain or third party (10%). 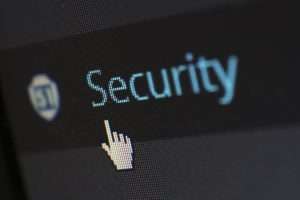 More than half (59%) of businesses said they were worried about the company being breached going forward. This explains why about a third of businesses (32%) said that they were planning to increase their spending on cyberdefence by 1-25% in the next 12 months and 12% said they would increase it by 26-50%.

When it comes to prevention techniques that businesses have in place, a majority (56%) mentioned technology such as antivirus and encryption and 55% mentioned education of staff. Other techniques included a dedicated Security Operations Centre (11%), outsourcing their security arrangements to a 3rd party (13%), and threat hunting and pro-active threat prevention techniques (11%).

Read more about ‘Top Trends’ in the report

Four reasons to read the report

When BDO and C8 Consulting launched The Thames Valley Business Barometer 7 years ago, the aim was to provide a regular snapshot of business and economic confidence across the Thames Valley. The Thames Valley is an economic powerhouse and the most important region contributing to UK GDP outside London.

The Barometer’s surveys and subsequent reports are published bi-annually and provide insight on topics that can affect businesses in different ways – socially, politically, financially and environmentally. From Go-to-Market strategies, to Brexit, and cybersecurity trends, the Barometer gives a clear overview of attitudes and behavioural patterns that are shaping today’s businesses.

Participate in the next report

To find out more about the report or to be profiled in the next Barometer please contact Paula Elliott, MD, C8 Consulting paula@c8consulting.co.uk. The more organisations that get involved, the more easily we will be able to gauge what is happening across the region. The next Barometer survey will take place from March to May and C8 would be delighted if you would like to take part.