The Power Of Local Radio

For those less familiar with the world of broadcasting, you might not know but there are more than 40 BBC local radio stations, and over 250 commercial stations (known as ILRs – Independent Local Radio stations). 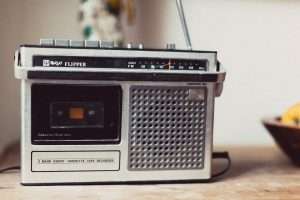 These are typically mid to smaller sized local and regional radio stations, but collectively they have a large audience – the equivalent to securing coverage in several national newspapers.   These stations are more likely to take interview content such as pre-records rather than do the interview live and, with the recent COVID-19 situation, these stations have found it hard to obtain new materials.  Seizing the opportunity, we put together a pre-recorded interview with our broadcast specialist, Markettiers, for our client Egress, to send out to all these radio stations.  This comprised two types of content – a number of news soundbites (which were each about 30 seconds in duration) and a stand-alone feature (which was about 6 minutes long).  Both types of content were recorded via Zoom in less than half an hour.

The pre-record focused on Egress’ ‘Only Human’ campaign which is all about the different employee personas who cause data breaches.  It highlighted that over three out of four IT bosses think employees have unknowingly compromised their company’s data.  It then delved into why they do this and what the psychology is behind such data breaches, how people mistakenly give away data, how often this happens and how employees can avoid these types of information leaks.

Let’s face it, an insider data breach is every CIO’s nightmare, but Egress’ 2020 Insider Data Breach Survey revealed that 78% of IT bosses think people in their company or organisation have mistakenly caused one.  And with working from home the ‘new normal’ for millions of employees both now and in the future, the dangers of people compromising their organisations’ data and computer networks has just increased several-fold.

How To Connect With The Radio Listeners

Together Lisa and Tony talked about how easily and regularly data leaks like this happen and the different types of employees more prone to making mistakes.  They gave a number of real-world examples; one was a nasty divorce case whereby a lawyer friend of Lisa’s had mistakenly sent very sensitive information about the individuals involved in this case to the wrong person.  You can imagine the sinking feeling experienced by the lawyer the moment he clicked send. 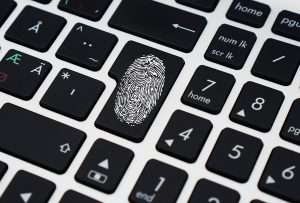 Lisa went on to talk about the fact that a large proportion of employees genuinely believe they ‘own’ the work they do for a company and so they can take it with them if, for example, they move jobs.  Tony talked about the real-world impact of these everyday data breaches, or leaks, for companies and what this means in financial, reputational and regulatory terms.  He also explained why employees working at home are most susceptible to phishing and spear-phishing attacks as well as sharing information accidentally.

The pre-record was circulated to all radio stations throughout the week of the 11th May and 107 radio stations picked this up, which equates to >3,034,502 weekly listeners.  This had real impact and was deemed a highly successful way to get the Egress message out, particularly around the ‘Only Human’ campaign which has mass appeal and is relevant to all of us.

If you want to know more about making an impact with radio, why not get in touch.