The Power of The Press Roundtable

With our expertise in PR campaigns, social media and content generation, we pride ourselves on effectively serving the interests of clients through a wide variety of formats – blogs, white papers, executive by-lines, case studies, podcasts, webinars, speaking opportunities, press interviews and more. But for the purposes of this blog I’d like to zero in on the benefits of one particular format – roundtable events.

Are you a senior marketing person looking for ways to magnify the reach of an upcoming product/services launch? Are you at a loss as to how to get the media engaged? Scratching your head pondering ways to make your launch relevant to the audiences that matter? 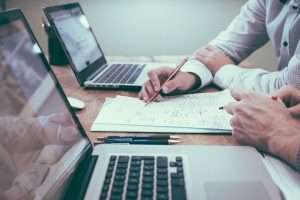 Have you been googling “hints and tips on how to make a successful launch event”? Worse still, have you exhausted Google and now moved on to Bing? If so, grab yourself a coffee…or herbal tea, whatever your favoured tipple, and let me talk to you about the power of the roundtable.

I always find anecdotal evidence is the best way to ensure a story resonates, as the cool kids would say “I can show you better than I can tell you”. Luckily, being the deputy managing director of a disruptive-tech PR agency which hosts dozens of events annually, I don’t have to cast my mind too far back.

In February we hosted an incredibly successful roundtable event for Egress, the leading supplier of human layer email security. When I say ‘hosted’ I am doing a very ‘unPR’ thing in underselling the magnitude of our undertaking. To give the full context of the event, we were launching the latest incarnation of Egress’ Insider Data Breach Survey. This was the second manifestation of a research survey which we began in 2019. Conducted by independent research organisation Opinion Matters, an award-winning insight agency, the research surveyed 5001 employees and 528 IT directors, CIOs, CTOs and CISOs in companies with 100 employees or more in the UK, US and Benelux. The primary purpose of the research was to address how IT leaders view the challenges of preventing insider breaches – whether intentional or accidental – and protecting sensitive data while still ensuring employees remain productive in an increasingly complex world.  In addition to this it compared how those employers and employees, working in non-security functions, perceive data risk, responsibility and ownership. 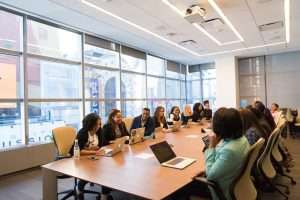 Being Egress’ flagship annual research survey the simple distribution of a press release to relevant media would have done it a disservice; using a webinar format would have felt too detached and a boardroom style press conference too formal. Far from being an exercise in purely garnering column inches – and we certainly did that, amassing close to fifty pieces of coverage in the UK alone – we wanted the launch event to allow for the kind of intimate discussion between press and vendor that leads to the creation of topical debate and lasting relationships. Using a roundtable format to launch this collateral would provide an opportunity for invited press to delve into the research in more detail and get their own individual spin on the findings by speaking directly to Egress spokespeople.

So that is exactly what we did. We launched the research via a press roundtable in which seven of the most influential tech and business journalists and analysts discussed the findings at length with three Egress company spokespeople, namely Tim Pickard CMO, Sudeep Venkatesh CPO and Neil Larkins CTO. The result? Not only did we gain seven additional, bespoke pieces of coverage in top tier tech and business titles, but we also enabled Egress to create seven new evangelists for their brand, building lifelong relationships that will ensure that the word ‘Egress’ and term ‘insider breach’ are forever synonymously etched into the minds of those journalists when they are writing future articles.

3 key benefits of a roundtable

Press roundtables are a forum for thought leaders to provide relevant journalists with context and perspectives on the most urgent issues in a particular market. These roundtables are designed to open discussion and connect journalists to media-ready storytellers and experts.

If, for example, you want to secure broad coverage for a story then a roundtable may not deliver your key outcome. However, if you’re focused on defined audiences or want to tackle a specific theme in detail, a press roundtable is ideal.

Position your company as a thought leader

Even though most of the content comes from the attendees, a roundtable event demonstrates your leadership and commitment to generating new ideas and sharing best practice. You will also be seen as a valuable source of information and thought leader within your specialist market.

C8 is proud to work with global companies in the technology, cybersecurity, environmental and educational space. Should you be interested in hosting a press roundtable event, or simply want to discover more about how we work with our clients, do get in touch.